Weightlifting, various exercises - all for the biceps. There is another way to shape this muscle group well. Of course, you will still have to work hard, but we have chosen the five most effective and non-standard methods of how to make this part of your hands stronger and more beautiful. 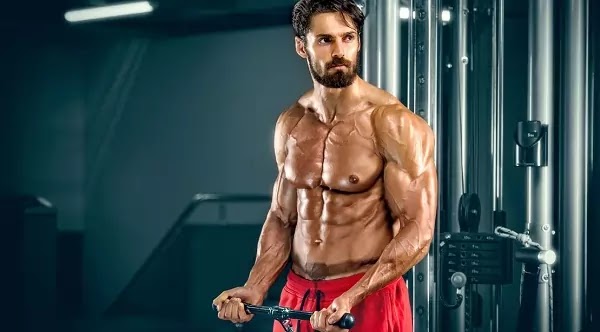 Grab medium weights. The elbow should be slightly bent, but away from your torso. The palms, along with the weights, should point upwards.Pull them gradually to your shoulders, then slowly relax. Repeat until you think it is necessary, but in no case do not overdo it.

Again with medium weights. Hold one in each hand. Hold your palms up and your hand at a 90 degree angle. Imagine holding a tray full of glasses.

Slowly bring the weights closer to you. Stop for a while, then relax. Focus on your biceps. Repeat until you decide it is enough.

"Rotation" of the biceps

This time you will need heavier weights. The position is as follows - hold the weights in each palm, arms straight - lift as in standard biceps weight lifting.

The difference, however, is that when you reach half the distance, you need to turn your palms in place, then continue moving upwards.

Once the "lowering" of the weights begin, do the same in the middle. This exercise will even help you with other arm muscle groups, but especially the biceps.

Take heavy objects in each hand. Elbows next to you, palms up. Lift the weights in half and then lower them. Repeat this eight times. Then bend your elbow at 90 degrees and do the same exercise.
Finally, do a full movement, also eight times.

Take a heavy medicine ball, hold it, then throw it up and catch it. Hold for 30 seconds, then repeat.
Try with each attempt to throw the ball higher and higher.
Next Post Previous Post
No Comment
Add Comment
comment url
exercises,GET FIT