Huge arms are every man's dream. Another sure thing: we all want strong arms. What is not so clear is how to get them. In order to develop a powerful physique, you will absolutely need to do some basic exercises. You know, the ones that force your guts out. For your biceps, you will need to do standing curls with the barbell, EZ bar, or dumbbells.

You will also need to use the pulleys which offer continuous tension and which therefore put your biceps under tension from the start to the end of the movement, which is essential to force them to strengthen. These exercises will allow you to localize the effort on the biceps and will promote intense muscle congestion.

Curl to the pulley vis-à-vis

The vis-à-vis pulley curl is a great exercise for building up your biceps. Bodybuilders use it to increase bicep brachial muscle mass and for better definition of the biceps and other flexor muscles in the elbow.

How To Curl The Opposite Pulley?

Which Muscles Are Used?

The curl with the opposite pulley solicits the biceps brachialis, the anterior brachialis and the long supinator with the assistance of the pronator teres. The biceps brachii is more pronounced in its location on the anterior part of the arm and, when it is well developed, we can see the separation between the long portion and the short portion which also act at the level of the shoulder joint.

With sufficient resistance, the biceps are also involved in the forearm supination. Below the biceps and closer to the elbow, is the anterior brachialis, considered to be the main architect of elbow flexion since it is involved in all flexion movements of this joint. Located on the forearm on the side of the thumb, the long supinator outlines the outer contour of the upper part of the forearm.

Standing curl on the pulley 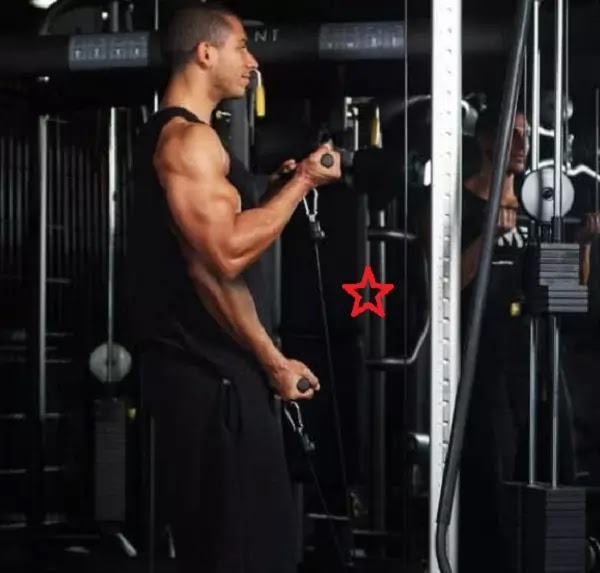 Stand close enough to the low pulley apparatus, feet shoulder-width apart and facing slightly outward. The legs should be straightened without the knees being locked.

One-sided variant at the low pulley

How To Do Concentrated Pulley Curl?

Lying curl on the low pulley 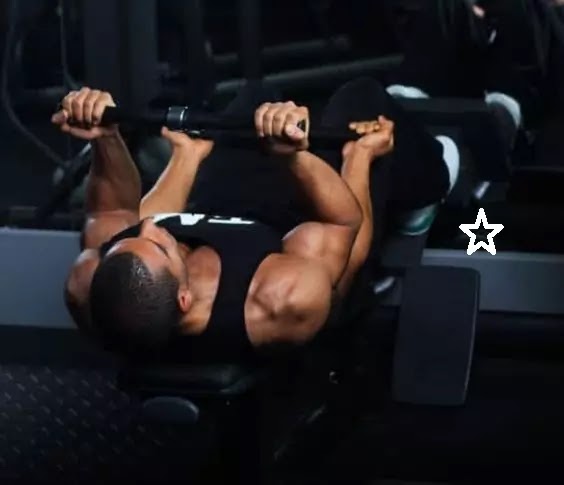 The low pulley lying curl can also be done lying on the bench in a horizontal pull as shown in the photo above. Like all pulley exercises, the muscle remains under tension throughout the range of motion. As this exercise requires strict work, it is best to do long sets to really “finish” the biceps.

How To Do The Curl Lying With The Pulley?

You can vary the muscle stimulus a bit by using different bars and different grip widths.A good tip: change your take slightly from one set to another so that each is a little different from the next.Pulley work is very practical for carrying out decreasing series . Do not hesitate to ask your partner to decrease the load as you go.

Other Exercises For The Bicep

For larger, more powerful arms, barbell work overloads the biceps with heavy loads. Since barbell work allows each bicep to lift an equal load, it will be very important to incorporate it into your workout to prevent one arm from growing more than the other.
Next Post Previous Post
No Comment
Add Comment
comment url
exercises,GET FIT