They say that training is health, so it's never too late to start a healthier lifestyle that includes regular physical activity.

If this is your case but you do not know where to start, do not miss what we tell you next, since we reveal the different types of existing training explained in a simple way so that you can choose the one that best suits you. 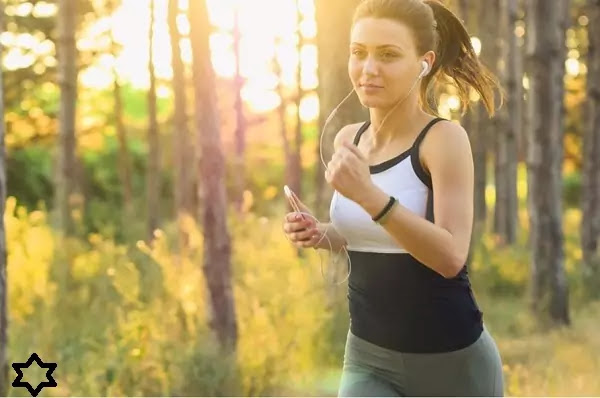 Why is it important to train?

According to the World Health Organization, performing physical activity is a way to stay healthy and have a better quality of life throughout all phases of the life cycle.
when we train we look good both inside and outside. And it is that what is recommended by the health authorities is to perform aerobic physical activity (cardio, swimming, pedaling, etc.) moderate between  150-300 minutes or, failing that, intense for about 75-150 minutes and at least anaerobic physical activity (muscle strengthening with one's own body weight or with external weight type Olympic bars)two days a week.
Understanding this is very clear that, although going for a walk is very good, it is necessary to put intensity to the day to day and for that it is time to consider a training routine. The problem with this is that many times you do not know where to start, since in the world of fitness there are countless terms that can easily overwhelm anyone who is starting out in the entire world.
To pave the way it is very important to know the difference between physical activity and sport,both to speak properly and to be able to seek information about it more effectively:
That said, the weight question obviously arises which is 'what is the best exercise for me?' Although making detours would count 😉 as aerobic activity we are going to go straight to the point and is that, unless by medical prescription you are unable to do certain types of movements or to manage weight, all routines can be perfectly adapted to you, you will always have the last word depending on your tastes.
So, going again in parts we will differentiate between exercise with one's own body weight (calisthenics) and high-intensity exercises,focusing on crossfit that despite being a functional activity includes external weight.

As anticipated, calisthenics involves the achievement of exercises with one's own body weight, while crossfit includes crossfit material in order to improve physical fitness.
When selecting (or combining) a routine you should question what is expected of the training. If your goal is to have greater body control and tone without using materials beyond your own body, you may be more interested in betting on calisthenics,while if your dream is to gain strength, endurance and muscle volume the answer will be in crossfit.
At this point it  worth establishing a difference between crossfit and HIIT (High Intensity Interval Training), since especially in the gym area it can be confused.
Although both seek body effort, HIIT focuses especially on cardio and puts in rest times, unlike crossfit which focuses mostly on strength and endurance and chains exercises non-stop. Because of this, HIIT can be done at home with typical YouTube videos, while crossfit, unless crossfit material is available from trusted online fitness stores is more advisable for a well-equipped gym.
Within this spectrum it is also inevitable to consider the relationship of crossfit with the lifting of discs and weights,which would give rise to talk about weightlifting and its first cousin powerlifting.

According to our initial definitions, both weightlifting and powerlifting are sports, since we enter the field of competition; however, it is possible to conceive of them exclusively as a recreational physical activity just like any other within fitness that requires the lifting of discs and weights.
Weightlifting is an Olympic sport that consists of lifting, in a single movement, a bar from the ground to above the head with a complete extension of arms while performing a squat.
For its part, powerlifting (which is not an Olympic sport), would be composed of three movements: squat, bench press and deadlift. In addition, the bar does not rise at any time above the head. This especially influences the time of buying Olympic discs,since in powerlifting it is easier to increase loads.
Weightlifting is a technical exercise that requires greater refinement than powerlifting, as it takes longer to make progress in weight gain on the bar. For this reason, every day more crossfiteros integrate weightlifting into their weekly bodybuilding routine, since the correct weight lifting is achieved through slow and controlled movements. In addition, the good side is that this discipline can be perfected exclusively with Olympic discs without including bar.
This would lead us to a final consideration that would be directed not so much to the modality of exercise, but to the approach of the routine as such, did you already guess it? Indeed we refer to the mythical full-body vs Weider.

A full body routine involves performing exercises that involve all muscle groups in the same training session. This includes large, multi-joint exercises, such as pull-up exercises. They are the best option for people who have little time to train, since full body routines are designed to train 3 times a week. One of the most characteristic examples of full body would be the bod ypump that in 60 minutes puts cane to all muscle groups with music included.
On the opposite side would be the Weider routine that is specially designed to work, at most, two muscle groups per training session. Inevitably, it requires greater dedication and being so demanding requires a longer muscle recovery time (ideally 48h). This means that if for example on a Monday you work gluteus-femoris, it is not advisable to retrain this minimum muscle group until Wednesday or Thursday.
Of course, not everything is black or white and that is why there are torso-leg routines that allow both groups to work twice a week respectively. Thus, you can conceive a routine in which you touch torso Monday and Thursday and leg Tuesday and Friday.
After all this, what training routine do you think goes best with you? Do you prefer to work with your own weight or are you more of a weightlifter? Would you bet on a well-equipped gym or prefer to buy Olympic bars for your home gym? Tell!
Next Post Previous Post
No Comment
Add Comment
comment url
exercises,GET FIT