Factors that determine muscle growth ,Strength, technique and frequency. They are, without a doubt, the fundamental pillars on which any effective training is based, both the volume and intensity of the training are secondary to these. They are so fundamental and so basic that over the years they have been left aside to the point of forgetting them and leaving their sustenance: A building that is not supported on its pillars, falls. And this is the great failure of many of the current trainings. 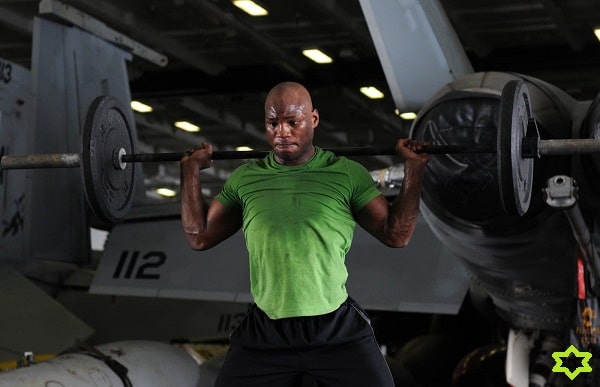 With this I do not mean that they are not effective, there are many cases in which even ignoring these parameters good results are achieved, but, without a doubt, worse than those that could be achieved and with a greater risk for the individual himself.

Do you want to increase the effectiveness of your workouts? Optimize the results obtaining greater muscle growth? If you are reading this, it is most likely that you are. Let's see how these pillars are fundamental when it comes to obtaining great results.

Strength is everything, it is the beginning and the end of the adaptations produced by a training, it is the most important and, at the same time, the most difficult to achieve in the short term. There is no routine that makes you someone much stronger in 2 months, there is no exercise with which to develop a lot of strength in a few weeks, but there is also no situation in which increasing your strength is something negative, it does not have a single purpose, it can be applied both in the gym, as in any sport and even by a dancer or in your own daily life.
You do not increase your muscle mass without stagnating without increasing your strength, you do not improve your running times without improving your strength, you are not able to lift more weight without more strength.  it is not possible to generate large power peaks without knowing how to handle large weights at medium speeds. Strength is not to sit back and wait for one day, by divine (or not so divine) inspiration, the weights to lift themselves. Strength is constancy, constancy is strength.
Arnold Schwarzenegger, one of the most influential bodybuilders in history, who is not exactly known for competing in strength tournaments, acknowledges in his book that a huge part of his success is thanks to his early years of training, when inspired by Reg Park he begins to train with a 5 x 5 strength routine. Those years dedicated to training his strength allowed him to develop other faculties such as hypertrophy.
If a significant part of your training (either seen as something daily or as an annual training program) is not dedicated to strength, you will most likely have to rethink what to do,since there is no point in trying to build wonderful walls if there are no foundations on which to support them. Sooner or later you will have to stop building so that everything does not fall apart.
However, there is a limitation when it comes to developing strength. Not everything goes when it comes to developing it, it is counterproductive and can even become dangerous, so the second fundamental pillar is...

The technique is a very difficult concept to define, there are a lot of definitions, very similar, that are correct. But to get a general idea and to explain why it is a fundamental pillar we will define it as: "The technique is the ability to generate more force, using more muscle fibers, in a safe way".
First, at no time does the term"unique"appear, there is no single technique to perform each movement or exercise. It is possible to perform a squat with the bar in front or behind, on the deltoids or on the trapezoids, and it will be the physiognomy of each individual that determines the separation of feet or the way of descending.
Improving the technique of an exercise means optimizing the use of muscle fibers, the better the technique, the more fibers we will be able to recruit. A perfect example of this is given in weightlifting, Olympic lifts require a joint effort of the most important muscle groups.
The first times we perform the exercise we are barely able to use many of them (it is very normal for a novice not to know how to pull with his back high when performing them) and, as the technique evolves, we begin to know how to shrink the dorsals while the bar rises, how to apply an explosive force with the trapezoids, how to use the strength of our back and chest to perform a squat...
When in the beginning we used 50% of 2 muscle groups to perform an exercise, after months we are able to use 80% of 5 muscle groups. These data are an estimate, but they serve to illustrate how the technique allows you to move more weight, to move more weight is to develop more strength, to develop more strength is to gain more muscle.
No less important is"in a safe way",the technique must be exercised with submaximal weights, the technique is not improved by making records, records are not made without improving the technique.
In addition, performing explosive exercises with submaximal weights (30-60% of the maximum repetition) will not only improve our technique, we will also further enhance the ability to recruit muscle fibers, explosiveness makes it possible.
The limitation of the development of strength is the technique but ... what is the limitation to the improvement of the technique?

Everyone knows the frequency, expressed as the number of times a week you train a muscle group, perform a certain exercise or go to the gym, and yet it is still not applied as it should. In any gym you can find newbies or people of intermediate level performing routines of frequency 1. That is not the worst, the worst thing is that many think that if they trained one more day some muscle group would be "overtrained", the worst thing is that many avoid any physical effort such as climbing stairs on "leg days". Want to know why you're not going to overtrain?.
as we know High-frequency workouts have proven to have brutal benefits and even a sizable section of bodybuilding is beginning to rethink the low-frequency systems they use. The more times we perform an exercise, the greater the mastery (the better technique we will have) and, therefore, the greater the weight we can handle, regardless of the increase in strength.
It is difficult to lift 150 kg in an exercise, but more difficult is to do it 3 times a week. We live in the false belief that one workout a week for certain muscle groups is enough, that doing the same exercise twice a week is useless and, when they are done, we end up choosing the exercise wrong.
In strength (or power) sports such as weightlifting, powerlifting, rubgy or even basketball and football, the idea is very well established that if you want to improve in something you have to do it every day. In weightlifting every day they train the legs and back, in powerlifting the competition movements are performed several times to improve the technique, the rubgy are performed power exercises daily ... Frequency, frequency and frequency. It's the secret to improving.
As if that were not enough, on countless occasions someone with a more backward group lowers the frequency of their training to dedicate that time to other groups that give them better results. This is a huge mistake, a chain is as strong as its weakest link, and increases in the frequency of a muscle group (often known as specialization)or exercise must be performed on the weakest of all. Always. Without exception.
In addition, not all exercises are suitable for increasing their frequency. Monoarticular exercises such as biceps curl or quadriceps extensions are not the best exercises. Are your biceps far behind your triceps? Add several days per week dominated with ballast or barbell paddle, and complement one of those days with insulation work. Are your legs far behind your torso? Do squats several times a week (2-3 times is a good number), both with high weights and with moderate weights and high speed (even jump squats).
Athletes, gymnasts, pitchers, players, lifters... everyone performs more regularly exercises in which they want to improve. Even bodybuilders. Arnold Schwarzenegger relates in his biography that his twins were his worst muscle group, without a doubt, and what did he do to get the twins he wanted?: "I trained them for 30 to 45 minutes 6 times a week." Obviously, this does not mean that if you want to improve a muscle group you need to perform all that training, Arnold's level was very high so he needed a much more demanding training but the idea that he carries implicit is important: increase the frequency to improve your weak points.