Fennel seedsis an aromatic plant of the Apiaceae family and native to the Mediterranean basin. From its Latin name Foeniculum vulgare, it is also called common fennel or sweet fennel. It is above all cultivated for its fleshy and melting part with an aniseed flavor, very appreciated as a vegetable. The advantage of fennel is that all its parts, leaves, roots and seeds, are edible and consumed.

In herbal medicine, it is mainly fennel seeds that are used. In this new blog post, we tell you all about these small seeds with great virtues. 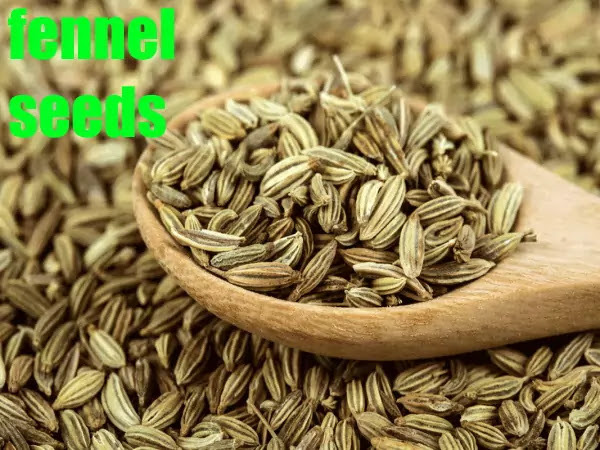 What are Fennel seeds?

Fennel seeds are the fruits of the plant. It is mainly they who are at the origin of the virtues known to Man since antiquity. Indeed, the use of fennel as a medicinal plant began with the doctors of ancient Greece, to be taken up by the Romans. It then spread to the Middle East, then throughout Asia. Fennel then became a classic of other medicines in the world, such as Traditional Chinese Medicine (TCM) or Ayurvedic medicine.

How to harvest Fennel seeds?

Fennel is very easily grown in the garden in full sun, on ordinary and well-drained soil. From the summer, it will be possible to enjoy the nutrients and flavor of the vegetable, but also to harvest its seeds.

It blooms between August and September. It gives small yellow flowers that form large umbels, as a result of which the seeds of the plant appear.
The best time to harvest Fennel seeds is between August and October, when they are formed, still fresh and green. Indeed, to obtain quality seeds, it is advisable not to wait for them to dry on their feet and for their color to turn brown.

To harvest the seeds, cut the umbels, leaving a fairly long piece of stem. It is then enough to hang the stems upside down in a bag, preferably made of paper, and then store them in a dry and warm place, so that the seeds dry and fall into the bottom of the bag. To properly store the seeds, store them in the paper bag or a glass jar, away from moisture, heat and light. They can then be replanted, used in cooking or for the preparation of herbal teas.

How to consume Fennel seeds?

Fennel seeds are commonly used to flavor many culinary preparations. Its taste is slightly sweet and reminiscent of anise. They give a subtle scent to bread, biscuits, meat or fish dishes, cheeses or shellfish. They perfume both savory dishes and sweet dishes.

In traditional herbal medicine, coarsely crushed fennel seeds are used as an infusion. There are also many commercial preparations of herbal teas based on fennel and other plants that work in synergy, such as lemon balm or chamomile.

Dried seeds can also be ground into powder for consumption. In this form, they can be found in capsules for easy intake.
Finally, you can enjoy the virtues of fennel seeds in the form of liquid extract, mother tincture, essential oil, syrup and fennel honey.

Should we favor organic fennel seeds?

Organically grown foods generally have a higher concentration of nutrients, such as vitamins and minerals. In addition, they must defend themselves against external aggressions (fungi, insects, ...) and therefore manufacture much more antioxidants.
Organic foods also contain fewer pesticide and nitrate residues, in addition to being tastier.
Overall, there is always more interest in consuming organic, whether for health or for the respect of the environment.

What can fennel seeds be replaced by in a recipe?

Have you found a recipe based on fennel seeds, but you don't have one on hand? Fennel seeds can easily be replaced, as they are mainly used to flavor dishes. They do not intervene directly in the good success of the dish or in the texture.
The easiest way is to replace fennel seeds with fennel leaves or anise, to regain this aniseed flavor. Other roots and seeds are close to it, such as Licorice root, Caraway seeds or Dill seeds.

The benefits of Fennel seeds

Digestion : The digestive properties of Fennel seeds are the best known and most used in traditional herbal medicine. They help support digestion and in case of flatulence. They promote digestive tract health, appetite, digestion and elimination.

Overall, fennel and its seeds will facilitate digestion and help to find a flat stomach by acting on excess gas. At the same time, they stimulate elimination and therefore, excess water in the tissues, acting on cellulite.
Fennel seeds are rich in fiber, which makes it possible to obtain a feeling of satiety. They contain minerals (calcium and potassium), as well as vitamins (beta-carotene, B9, C and E), which will support weight loss.
Fennel seeds also stimulate metabolism, thereby increasing combustion. They will be all the more effective alongside a healthy and balanced diet, as well as regular physical activity.
The vegetable can be added to salads and various dishes. To enjoy the tenfold benefits of fennel seeds, it is best to consume them in the form of an infusion or chew them.

How to prepare an herbal tea with fennel seeds?

Boil the water. When boiling, put the fennel seeds in water and let it infuse for about 10 minutes covered.
You can drink this infusion punctually after a meal too large for example. It is also possible to drink 2 to 3 cups a day over a short period of time for a more general action.

The dangers of fennel seeds

Like all other plants, fennel seeds should be consumed with certain precautions.
Talk to your doctor before consuming fennel seeds regularly. It is not recommended to consume more than 7 grams per day for prolonged use, i.e. 2 weeks and more, without the advice of a doctor.
Fennel seeds are not recommended in pregnant women and when there is a specific history. They are also not recommended for people sensitive to plants of the Apiaceae family, such as celery, carrot, coriander, etc.
Next Post Previous Post
No Comment
Add Comment
comment url
health care